Green ports practices:
How can OLP (PPA) act as a catalyst towards a net zero emission carbon footprint inside the port area?

The Port Authority of Piraeus SA recognizing the greatest challenge of the time and the need to address the climate crisis supports and promotes practices and investments in green technologies and environmentally sustainable operations aimed at protecting the natural environment and social well-being. Its future environmental and energy direction is in line with the European Union’s development strategy aiming at shaping the European community into a modern, efficient and zero-greenhouse gas emission economy by 2050.

The port of Piraeus, a historic port with a 2,500-year old history situated in a particularly advantageous geographic location and one of the main Trans-European networks route, is an international maritime tourism and transit trade hub. Piraeus is the leading port in Europe in terms of passenger traffic, the largest container terminal in Mediterranean Sea and one of the top-5 in Europe and one of the largest car-terminals in Eastern Mediterranean Sea. It operates as the main commercial gate, which connects Greece and South Europe with the rest of the world. In addition, it is the cruise centre in the eastern Mediterranean providing comprehensive services to cruise ships.

Furthermore, it has a big ship repair base, where ship repair business provided to smaller, medium and bigger vessels. At the same time as the main ferry port of the city of Athens connects most islands to the mainland. Piraeus Port in 2019 handled nearly 17 mil passengers and 1 mil cruise travellers, more than 5.5 mil TEU of containers and 0.4mil merchandise vehicles. It is also certified by both LRQA and BV as per ISO 9001:2008 and ISO 14001:2004. 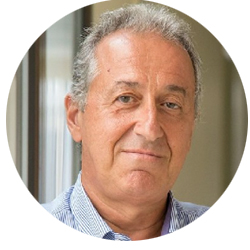 Consultant in the Strategic Planning and Marketing department of the Piraeus Port Authority S.A. (PPA) while from 2012 to 2017 he was the head of the Administration Directorate of the PPA. From 2010 to 2015 he was member of the Board of NAFSOLP S.A. (PPA ship repair subsidiary). An educated Physicist (AUTh) with an MSc degree in e-Commerce he has been employed at PPA for more than 30 years, most of them in its IT Directorate as System Analyst and Systems Admin. He is specialized in Integrated Information Systems, Project Management in IT systems, BPR and IT Training. He has been also involved as PM in many co-funded EU projects.

Associate Professor at University of the Aegean

University of the Aegean

Professor at Department of Shipping, Trade and Transport

University of the Aegean 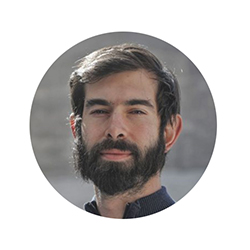 Errikos Ovadias
Born in 1986 in Athens, Errikos studied in the Athens University of Economics and Business in the Department of Management Science and Technology. During his university years he became an active member of AIESEC in Greece. After getting his degree he went for a one-year internship in the Netherlands to work for one of his favourite brands – Nike. One year became seven  – during which he gained experience in Business Analytics and Digital Marketing. During his years in the Netherlands he was playing his favourite sport – basketball – at least two times per week and was part of an improvisation theater group for two years. The time had come, though, for him to return to Greece where after a short time period in the telecommunication business he decided that Impact Hub was the way to go so that he could grow as a professional and as a person. 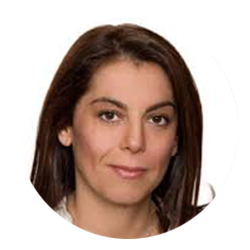 Vera Alexandropoulou
Greek lawyer and a qualified UK solicitor providing legal advice to listed and unlisted entities, shipping companies, private equity structures, financial institutions, foreign and Greek companies. Over the past 20 years she has accumulated knowledge and experience over investment management and investment fund structure by offering her extensive knowledge of the institutional framework and flow of the international investment environment. With specialization in contracts and legal opinions she worked in an organic position to Piraeus Port Authority SA, while at the same time she has her own law firm since the end of 2005. Previously, she has worked for shipping law firms such as FREEHILL, HOGAN & MAHAR LLP and for NORTON ROSE. She graduated from Law School of the National and Kapodistrian University of Athens with postgraduate studies at Universities of Heidelberg and Harvard. She speaks fluently Greek, English, French, German, Spanish and understands Chinese.